The Cook Strait ferry crossing between Wellington and Picton is known as one of the most beautiful ferry rides in the world and is rated as a New Zealand must-do experience. Quite simply, you haven't seen the best of New Zealand until you've crossed the Cook Strait! 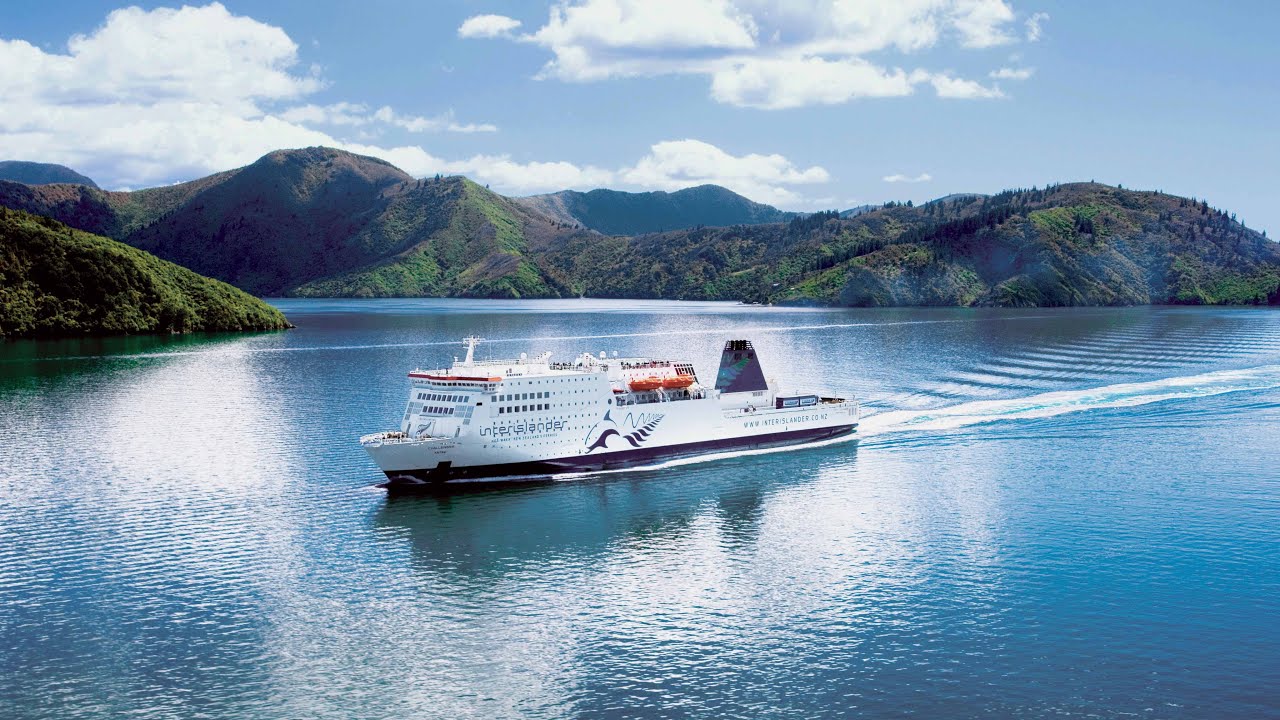 A tour of New Zealand means crossing the Cook Strait between the North Island and South Island. In today's hurried world, the default option is squeeze on to one of the many cheap flights across the Cook Strait - which are more expensive than our cheap Cook Strait ferry fares. However, whilst those flying overhead are skimming through advertorials in their free in-flight magazine, our ferry passengers are enjoying one of the most scenic journeys in New Zealand, the Cook Strait crossing.

The Interislander Cook Strait ferry takes around three-and-a-half hours to travel between New Zealand's North and South Island. From Wellington, the Interislander journey begins with a tour around Wellington Harbour before crossing the narrow channel between New Zealand's north and south islands, which is named the Cook Strait after Captain Cook, the English explorer who first mapped it.

Having crossed the Cook Strait, the final stretch of the Wellington Picton ferry journey is through the magnificent Marlborough Sounds. This sheltered stretch of water is spectacularly scenic and has inspired many journalists to name the Interislander as "one of the most scenic ferry rides in the world". It is this hour long cruise through the Marlborough Sounds that makes the Cook Strait ferry a must-do experience for anyone visiting or living in New Zealand. This is also why the Interislander Cook Strait ferry is one of the top things to do in Wellington on Tripadvisor!

Travelling from Picton to Wellington will provide you with an increadible view up the Queen Charlotte Sound. We recommend finding yourself a position on one of the outdoor viewing decks as soon as you board the ship!

The first 10 minutes of the Picton ferry journey takes you to the entrance of the Grove Arm, where you'll see Anakiwa in the distance. With the hills of Marlborough surrounding you and the sheltered waters calm and placid, sailing through the Marlborough Sounds can often feel like cruising along a wide river.

After passing Allports Island and a number of picturesque bays on the left, the Interislander's route through the Marlborough Sounds takes a sharp right turn around Dieffenbach Point and begins its journey through the Tory Channel.

You'll also pass some King Salmon farms midway along the Tory Channel. These will appear as large square platforms, which the fish are bred inside.

The exit requires yet another 90-degree turn, which makes the ship's course all the more dramatic. However, there's no need to be alarmed — Interislander ferries sail through this little gap more than 3,500 times a year!

When the Cook Strait weather is good, catching the ferry is a beautiful experience. The best time to cross the Cook Strait is in the late afternoon or early evening, when you can watch the sun sink slowly behind the Marlborough hills.

There is also a good chance that you will see dolphins following the ship at some point during the Cook Strait crossing. Other animals you might spot include seals, penguins and albatross. Over twenty species of whales have also been spotted in Cook Strait waters and around 300 humpbacks migrate through the Cook Strait during winter. On a reasonably calm sailing you can see also see a visible line where the Tasman Sea and Pacific Ocean meet.

Two lighthouses at Pencarrow Head mark the entrance to Wellington Harbour. The upper lighthouse was constructed in 1859 and was New Zealand's first permanent lighthouse. It was eventually replaced in 1906 by the lower lighthouse, which is still in use.

As you travel into the harbour, the Eastbourne hills rise on the eastern side with the Rimutaka ranges rising behind them. Twinkling in the distance on the north side of the harbour is Petone, where New Zealand's first European settlers landed their ships. In the middle of the harbour is Matiu, or Somes Island, which is thought to be the legendary landing place of the first Polynesian settler, Kupe.

Wellington harbour, which used to be called Port Nicholson, is so big that the Wellington Picton ferry takes almost an hour to sail from the narrow entrance from the Cook Strait around to the Wellington ferry terminal on Aotea Quay.

Must see sights on the Cook Strait

Described by many as one of the world’s most scenic ferry journeys, here's our guide on those unmissable sights from Wellington to Picton.
Find out more

Discover the history of Interislander™

Where did our favourite NZ ferry come from? When did it launch? And how has it got to where it is today? Step aboard and let us take you on a journey through the history of the Cook Strait ferry.
Find out more

Why the ferry beats flying

When it comes to travelling New Zealand you can fly or take the ferry. If you are wondering which is better, then here’s five reasons why the ferry is the answer!
Find out more